We’re a mere few days away from the start of the ECL 11 Elite season and tonight we’re able to announce that the former GHETTO FIREBIRDS will be heading into their second ECL Elite season representing Conquer Gaming. Their roster still features club founders Keka @KepakkoFIN Muyima, Joni @GreventiousFIN Tanttu, Joonas @Taettonov Siira and Ville @Vilze Systä, which showcases the kind of roster sustainability that is virtually unheard of in the NHL esports scene.

“We’ve been looking to partner with an organization more or less actively since we went our separate ways with YMCA and we finally got in touch with Conquer Gaming. As the deal was inked, I can’t be more satisfies with the organization we signed for – Conquer Gaming seems to run things like pros and the people are nice.” – Captain Keka @KepakkoFIN Muyima on the new deal.

Conquer Gaming will be conquering an entirely new niche of gaming when heading into NHL esports. The Finnish organization was founded in 2016 and have since sported teams or representation in several games – however currently competeing exclusively in CSGO and NHL. The organization also has an active streamteam featuring Tomi “Kung” Arola and Kiri “Kirdez” Kylmälä to name a few.

“We have been following the Finnish NHL esports scene for a while and we have seen that potential in the Finnish scene is huge. In addition to that we are excited to have another team beside our CSGO roster and to give our contribution to NHL esports.” – Jyri “Jyppe” Karvanen, CEO Conquer Gaming
Recent Posts
Latest news
Browse by category
Popular tags
apex counter-strike csgo Deads17 Hearthstone Hearthstone Masters Tour joy actor jyppe. kanaliiga legends tinymate 2 website
Who We Are? 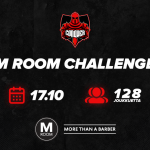 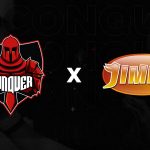